The following map lists the significant cities and towns of the late sixteenth century Low Countries in conjunction with the battles and sieges of the Dutch Revolt – that first “half” of the larger Eighty Years War which established the Netherlands as an independent state free from Habsburg dominion.

When an international or English-language name is in use, I’ve used it. Likewise, if there were common terms in use historically for cities or geographic features (e.g. the “British Ocean”), I’ve also used those.

If you want an overview of the conflict or need a reference for city locations (which was my own initial purpose in creating this map), then it should be helpful for you. 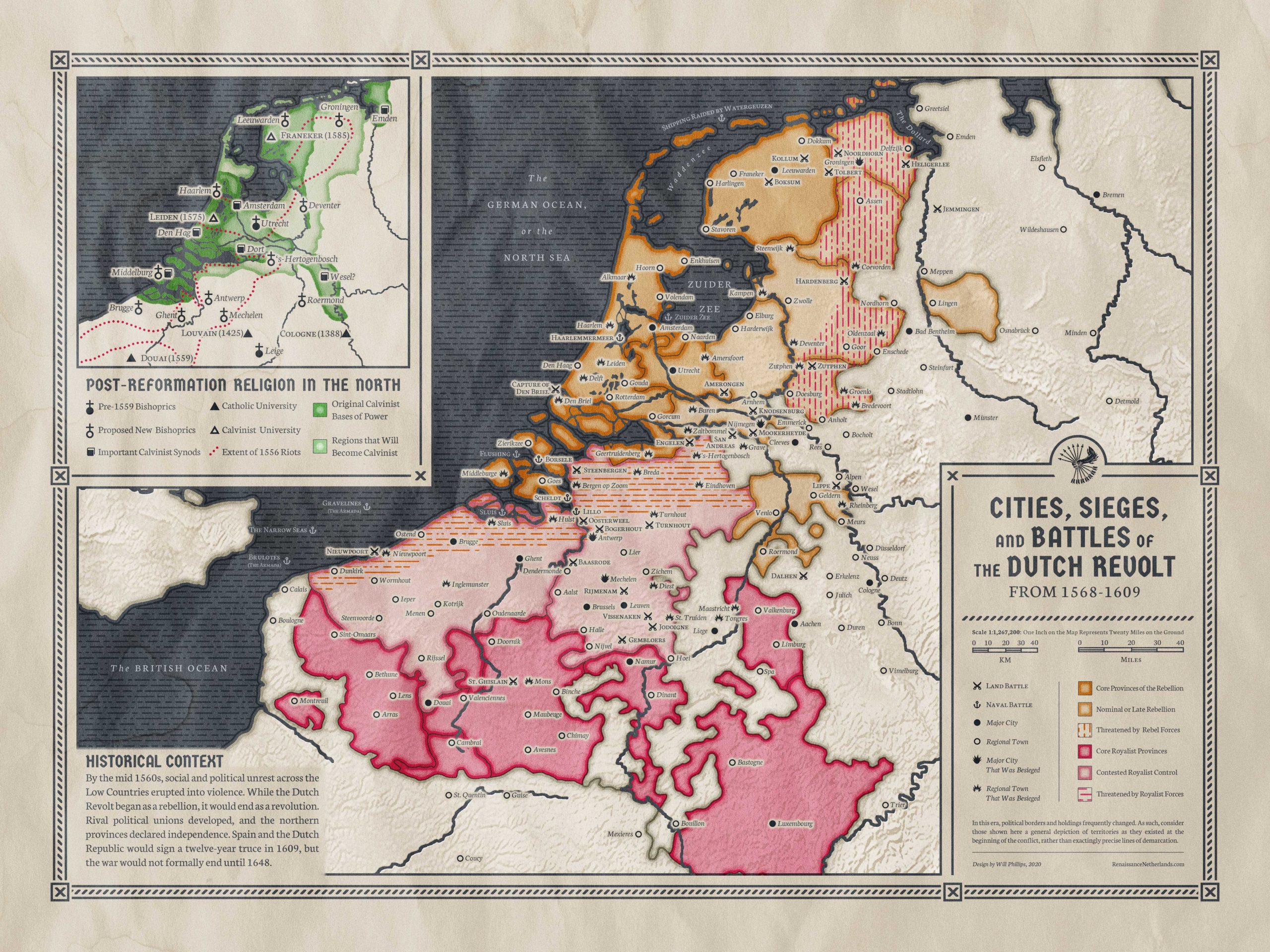 By the mid 1560s, social and political unrest across the Low Countries erupted into violence. While the Dutch Revolt began as a rebellion, it would end as a revolution. Rival political unions developed, and the northern provinces declared independence. Spain and the Dutch Republic would sign a twelve-year truce in 1609, but the war would not formally end until 1648.